Four years ago, two friends began a serious conversation about STEAM-focused public education in the San Jose, California, area. (STEAM is an acronym for science, technology, engineering, art and mathematics.)

San Jose is in the southern part of the San Francisco Bay Area, in Santa Clara County. With a population of more than a million, it is the 10th largest city in the United States. It’s also the capitol of Silicon Valley – headquarters for many of the world’s largest technology companies and thousands of high-tech startups.

Surely, the friends thought, the young people of Santa Clara County, especially those from working-class families, could benefit from a STEAM-centered high school in this innovative, high-tech region. If given access to a STEAM education, they could eventually embark on rewarding careers and become valuable contributors to the Silicon Valley ethos.

Why, then, were there no such schools for the young people of Santa Clara County, they wondered. Meanwhile, STEAM programs were readily available to their more affluent peers just 10 miles away, in the northern part of the Valley.

The friends decided to find out if they could help right this imbalance. They researched the issue and visited STEAM-focused schools around the country. Among the places they visited and consulted with were High Tech High in San Diego, The Preuss School on the UC San Diego campus and Envision Academy in Oakland.

They found answers to their questions and resolutions to their concerns. Their vision started to come into focus. After a great deal of consideration, they came to a surprising conclusion: With a little luck, determination, and the right partnerships and support structure, they could create a new STEAM high school right where it was needed most!

They would need to secure a site that would be accessible to their target students, within the community, and with access to public transportation.

They also wanted to create a large support community by involving dynamic leadership from many different sectors of society. They planned to collaborate carefully and respectfully with all other related public entities (always mindful that their focus is on the students). And they were committed to engaging and working with powerful partners from the worlds of technology, business and higher learning. 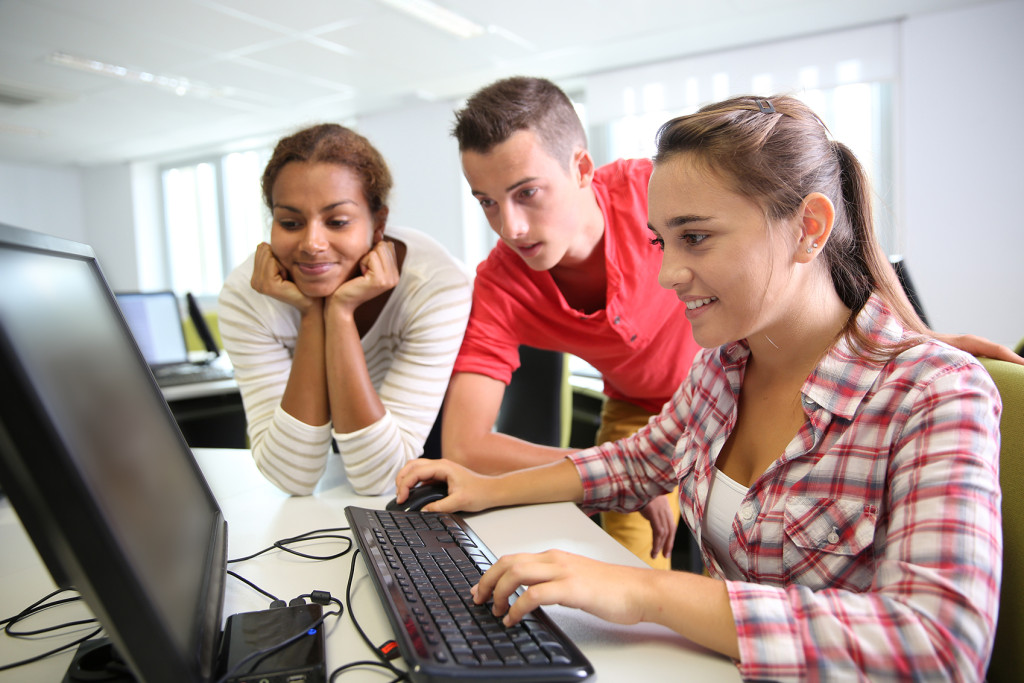 A School Is Born

With this vision in mind, one of the friends, D. John Miller, founder of DJM Capital Partners, Inc., created a family charitable trust in 2015, investing in the school’s launch – a true legacy endeavor. The other friend, Sally Pera, CEO of ACG Silicon Valley, whose family had long modeled a legacy focus on education, became the school’s co-founder.

And thus Legacy Tech was born, with the goal of becoming the county’s first STEAM-focused alternative public high school.